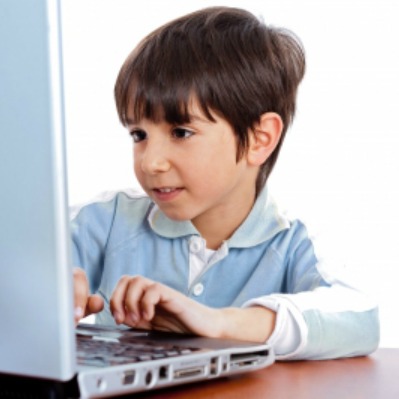 While we were visiting my sister’s family this past week, my eight-year-old was dying to play their computer game, Roller Coaster Tycoon.  It’s a great little game where you can create your own theme park, and he has adored the game for years.

“Mom, can I play Roller Coaster Tycoon for just a little while?” he asked one afternoon. There was no whining and no begging. It was a simple request filled with excitement and anticipation.

“Sorry honey, but we’re heading out in just a couple of minutes. Maybe you can play it later tonight.” I replied.

Well, the activities of the day stretched out longer than expected, and we returned to my sister’s house well after the kids’ bedtimes–totally exhausted.

“Could I please play now?” he asked–knowing it was late, but hopeful I would make an exception.

I wanted to say yes, and sometimes when it’s late and there’s no school the next morning, I do. But this time I was incredibly tired, and we had a long drive planned the next day. It wasn’t possible for me to keep my eyes open, and I knew he needed his sleep, as well.

“It’s just too late,” I said. “We’ve got to leave early tomorrow, and I just don’t think it will work out this time. I know you’re excited about it, but we’ve just had such a full day.”

His response was sweet. Yes, he was sad, and I could see the disappointment in his eyes, but he went right to bed, understanding the situation and expressing gratitude for the events of the day.

At this point in the story, I considered the case closed. It’s not the end of the world if a child can’t play a computer game. We’d had a fun trip visiting family. Screen time is limited in our family, but he has plenty of opportunities for recreation.

However, after a good deep sleep, I woke up 30 minutes before my alarm went off, and I thought, “If I wake Spencer up right now, he could play the game for a little while before it’s time to leave.”

Then came a little internal battle: Really? Do you EVER wake up a sleeping child so he can play a video game? But in the end, I crept over to his sleeping spot on the carpet and whispered, “Spencer, do you want to wake up and play Roller Coaster Tycoon?”

He blinked his eyes open, trying to make sense of what I was saying, and then gave me the cutest little smile as he said, “Thanks, Mom.”

I wondered if this experience was worth writing up in an article because, honestly, it was just a little thing…a simple request. And if I hadn’t gotten him out of bed for that purpose, life would have gone on just fine.

But something happened in my heart as I watched him tiptoe to the computer as fast as he could without waking the family. And the gratitude he expressed as he looked directly into my eyes wasn’t so much about the computer game. It was about the fact that I saw that something meant a lot to him, and I did what I could to make it happen.

As three of my children have now become teenagers, and as I have been reflecting deeply on the closeness I feel with my own mother, I’ve learned that you can’t underestimate the power of a strong relationship. And whether that’s built when you prepare a favorite meal, or work side-by-side in the garden, or wake up early to play a computer game, the ties that are created in the small moments works wonders on the whole family.

QUESTION: How have you strengthened your relationships with your children by doing something “little” that showed them that you heard them?

CHALLENGE: Look for an opportunity to surprise your children with a simple kindness this week.

April Perry is the wife to her best friend, Eric, and mother to Alia, Grace, Ethan, and Spencer. In addition to the work she does within her family, she hopes to strengthen others through her projects at Power of Moms and LearnDoBecome.April's "Why" is this: To architect a life of excellence--centered on family and moving upward towards God--with a beautiful balance of spiritual, mental, and physical development that enables others to do the same.You can find April podcasting each week at Power of Moms Radio, LearnDoBecome Radio, and The SANE Show. She is the creator of the "Mind Organization for Moms" program, Co-Author of "Deliberate Motherhood" and "Motherhood Realized," and a blogger at Power of a Family.