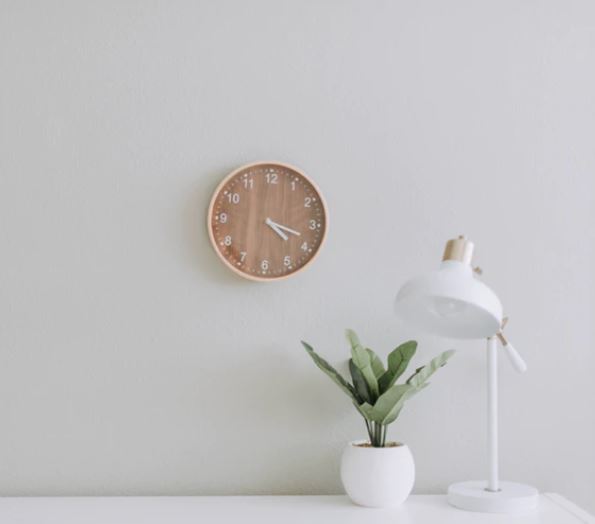 When we moved a few years back, I spent weeks and weeks sorting, packing, trashing and giving away. Moves are great for making you realize how much stuff you’ve accumulated – and how little of it you actually use! As I packed, I vowed that once we moved into our new house, things would be different.

While “stuff” is still an issue to some extent, I’m pleased to report that even though our current house is smaller and has a lot less closets than our old house, we actually have less clutter because we have so much less stuff. It feels great.

Following are some tips and ideas I’ve gathered from experience and wise friends that have really made a difference.

Downsizing our “stuff” is an important key to clutter control. It’s so easy to wind up with over-saved mementos, seldom-used or outdated electronic gadgets, mismatched dishes, out-dated and out-grown clothes, and broken or incomplete items that “I might get fixed or need someday.” Sometimes people end up needing storage units and larger homes to accommodate their ever-increasing piles of stuff.  It’s so easy to accumulate in our society. So many things are relatively cheap and buying things is pretty much a national pastime. We buy stuff to make our lives easier and more fun – but often that stuff ends up making our lives harder and less fun as we have to take care of it, sort it, store it and make hard decisions about when to get rid of it.

Here are a few rules of thumb that I’ve learned to live by:

At a recent Learning Circle meeting we were talking about stuff-control and I suggested that one great method is to stop buying things.   Several of my friends burst out laughing at the idea. They thought I was joking. But I was actually totally serious.  I went on to explain that last fall, determined to keep the relatively “stuff-free” atmosphere in our home after our move, I bought the kids’ school clothes and shoes and a few basic items to fill holes in my wardrobe and my husband’s and then we went on a serious “stuff fast.” We went for 6 months without buying hardly anything other than truly necessary consumables like food and toiletries and cleaning products (and kids’ shirts, socks and shoes – those are consumables around here given the rate they wear out or get ruined).

It was hard at first. I was used to browsing around Target or Costco a bit when buying groceries and finding several things I “needed” or something that was a great deal and that I might need. I was used to running to the store when the kids shoes looked a bit shabby or when I had an event to attend and a new outfit seemed like a good idea.

But we learned to live by the old pioneer motto: “Use it up, wear it out, make it do, or do without.” And as we got creative and dug around a little, we’d usually find something that would work out just fine for whatever was needed.

As I kept my resolve to not buy stuff, I discovered two things: 1) I was spending SO much less money (I thought I’d been pretty careful with money but the little things I’d been picking up here and there had really been adding up); and 2) I had SO much more time (If you go the grocery store once a week and don’t do other shopping in person or online or have to deal with returns and exchanges, you sure have a lot more time to do other things!).

With the money I saved during those six months, I was able to finally buy the new couch we’ve been needing for years (the old one was pretty pathetic – I guess even couches are consumables at a certain point . . . ). With the time I saved, I was able to get a whole lot of Power of Moms work done while having more time for my family and other things I enjoy.

You may not want to try a full-on “stuff-fast” but you could try cutting back a bit on your stuff intake and see what it does for you. When you’re thinking about buying something, ask yourself these questions:

So there’s a little food for thought. We CAN take back our homes and our lives from the stuff that tries to take over. Please add your own tips and ideas in the comments below.

QUESTION: Do you have too much stuff?

CHALLENGE: If you answered yes, do something about it! Choose one thing from this post that resonated with you and adopt it into your life. If you want extra credit (from whom, I can’t tell you), try going for a week – or a month – without buying anything other than truly necessary consumables (be honest with yourself about what is truly necessary!).

Saren adores her five energetic, adventurous kids (ages 13-18) but doesn't totally adore the mess and busyness and bickering that that comes with them! She grew up all over the world, got her Bachelor's degree at Wellesley College and did her Masters in Education at Harvard University (these days, the diplomas on her wall mostly serve as visual aids when she's trying to convince her all-too-smart teenagers that she DOES know a thing or two!). She went on to design and implement enrichment programs for kids and training programs for teachers. But it was only after she finally found her wonderful husband, Jared, and had five children in five years, that her education and work experience began in earnest!

When she's not trying to answer five - or six - different needs and questions at once, she works on this website (she's Founder and Director of Power of Families).

She currently lives in Ogden, Utah and loves reading, hiking, and biking with her family (or by herself when possible!). She often struggles with balance but finds joy in being involved in many things that are meaningful to her.