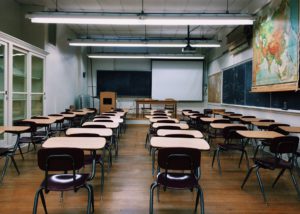 Do you sometimes feel school envy? For example, when you talk to friends whose kids go to school in another state or district or even other classrooms do you think, I wish my kids could do that!

Well, could your kids do that? What’s stopping your child from having a great school experience?

To answer this question I first turned to Ron Berger, the Chief Academic Officer at EL Education, because EL inspires some serious school envy in me.  In EL schools there’s lots of project-based learning and as a result, kids do the kind of work that most parents dream about. Seriously—check out some of their student projects!

So I asked Berger how a parent might approach a school or a teacher to help nudge them in a more inspiring direction.

Hum…relationships. Where have I heard that before? Oh, just here, here, and here (and here) on Building the Bridge! Of course, relationships are the foundation.

Show teachers you respect the job they are doing and want to build on it, not throw it away. Work to understand the reality of the classroom and each teacher as a person, not as a commodity. Then when you approach the subject of, say, having your school be more project-based, you’ll have an audience that trusts you.

How you make the suggestion matters. As Berger explains, “If the tone feels critical at the outset (You are not doing enough to meet the needs of my child; or You are not using these best practices that I think are important), it’s hard to make progress. And that tone can be subtle, but teachers will still get defensive or protective in response.”

Like anyone else, educators put up defenses when they feel they are being attacked. And, unlike many other jobs, the performance of a public school teacher is often attacked and they’re blamed for a host of educational problems.

So you may be working uphill when you come in with a suggestion. Thankfully, if you have established a working relationship, teachers will believe your kind tone is genuine and real change can happen.

Just ask Meghan Williams. Her children attend a small, rural school in Idaho. A few years ago, Williams and another parent successfully advocated for a dual immersion program (English and Spanish) to be added to their local school. The community loves it and through this program, kids will become literate in both languages.

How did this happen? I talked to Williams and she gave me three lessons learned that we can add on to Berger’s advice.

3. Believe in the power of parents.

The core of Williams’ success? She believed she could and she believed she should. “Parents must know that some person isn’t more important than you when it comes to your child’s school. Just because someone sits behind a desk that says ‘superintendent’, it doesn’t mean his idea is better than yours.”

In order to help your child’s school become better, believe in the power of your ideas. If you are waiting for someone’s permission or blessing to share them—here ya’ go. Go to it!

So Williams worked with a friend to come up with original proposal. They looked at the community as a whole and thought about not just what they wanted for their kids, but what would really benefit all kids and strengthen their community. They saw there was a large Hispanic population in the school but the community wasn’t very well integrated. They asked for input from teachers and other parents. They started petitions and Facebook pages.

This echoes another piece of advice from Berger, “When it is one parent bringing a message like this, it may be easy to ignore. When it’s four or six parents (still being positive in tone, however), it’s hard to ignore.”

In addition, one parent working alone easily loses steam but taking the time to build a community of parents working together will help the good ideas come alive.

After Williams proposed the idea, she didn’t step back. She stepped up.

“We went around and asked businesses for donations. We met with parent groups in the community to get the correct information out there. We visited other schools that were doing a dual immersion program to see what it might look like. We did all the leg work ourselves.”

Now two years into the program, the parents are still working. The planning committee for the program meets quarterly and they still invite parents to help them make it a success.

So what kind of work can you expect as you work to improve the school your kids attend?

6. Be optimistically relentless but not committed to one single outcome.

Although in one small, rural community in Idaho the idea proposed by the parents came to fruition, this isn’t always possible.

In order to be truly successful, parents must work in a team with educators. And everyone knows a band makes music differently than a solo artist.

This isn’t failure. This is compromise and the reality of teamwork. Rest assured, an idea that is cultivated and tended by a team of people will take root and flourish while an idea that is held tightly by just one person will be choked out and die.

Many times the difference between a fine school and great school, is not so much geography as parental input and support. When parents, like you, invest time and energy at a school, they help create a place where exciting things happen and learning thrives.

Start here: Watch this video and this video of other parents, making real changes in their local schools. You can do it, too!

This post was originally published at Build the Bridge – visit for lots more helpful resources.

Amanda Hamilton Roos was born a little bossy and always really liked school. So naturally she became a teacher. Now that she's also a mother, she has found her passion is helping schools and families work together to help kids learn better. She investigates the nitty-gritty of school/family partnerships at Building the Bridge. Also, since she was 10 years old, Amanda has wanted to be a writer. So she blogs sporadically at Call Me Mandy. She hopes you'll make your 10-year-old dream come true, too!