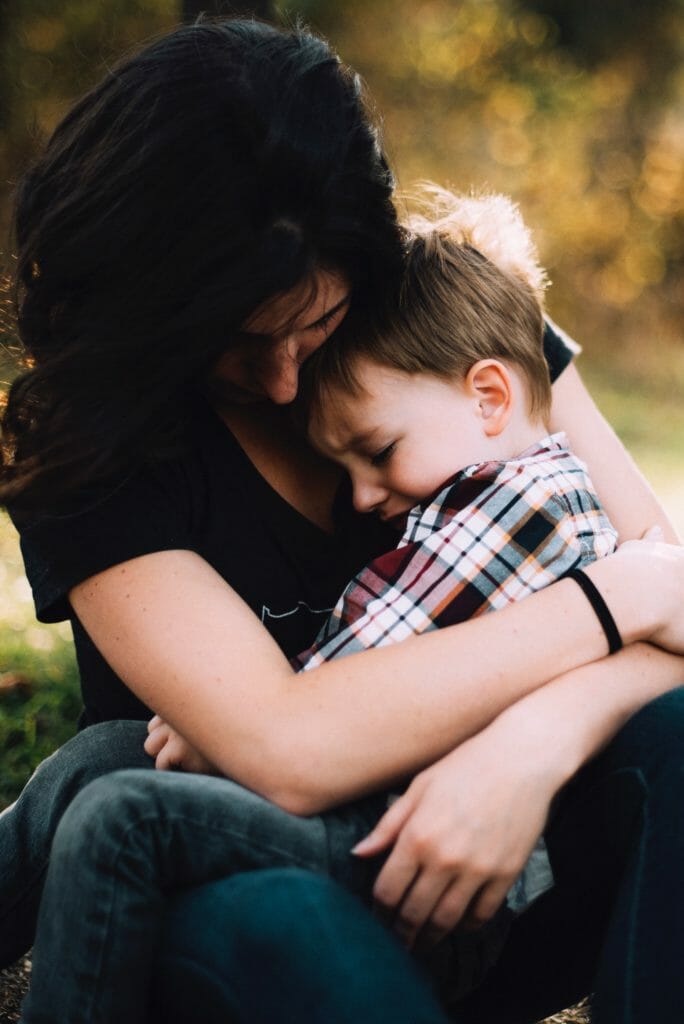 My youngest child emerged from the womb resistant to any form of cuddling.  I thought at first that it was a phase and with a little persistence I could turn him into the snuggly baby I envisioned. Pretty quickly I could see that was not going to be the case.  He was, for lack of a better word, prickly. I learned to treasure the few minutes after he woke in the morning as it was the only time he allowed me to cuddle with him for any length of the time.  Briefly he would lay his sweet head down on my shoulder and mold his little body to mine and then almost as soon as it began he was finished and squirming out of my arms.

Little did I know that this was just a glimpse of what was to come. As he grew, he continued to be resistant to most forms of physical contact.  Friends told me that the more I hugged and kissed him, the more comfortable he would become, but the opposite seemed to be the case. I would lean in for the hug and he would back away.  And a kiss?  Forget it—that was off the table for sure.

I confess that I felt like a bit of a failure in the mom department and as he entered his teen years I learned that he was not just a prickly kid in the physical sense but communicating with him had its own challenges.  He certainly wasn’t one for a lot of “heart to heart” talks or the baring of his soul to his mom or dad.

Kristine Jones, in her review of the book, “How to Hug A Hedgehog” shares this suggestion from the authors:

“Parents can improve communication with their teens by watching for non-verbal cues. Just as we had to figure out the meaning of our baby’s cries, parents of teens have to determine the meaning of their unspoken messages.”

Over time I found this to be true when dealing with my son. Letting go of what I thought was the best way to show affection opened my eyes to my son’s non-verbal cues. I learned that while he might not be very comfortable with physical forms of affection, he loved sharing his insights on the world with us as parents, texting movie quotes back and forth and playing games together as a family.

Prickly kids may not be the most cuddly but they sure can be a lot of fun once you figure out how to connect in a way that works for them.

QUESTION:  HOW DO YOU LOVE A PRICKLY CHILD? Please share your ideas in the comment section below!

Photo by Jordan Whitt on Unsplash