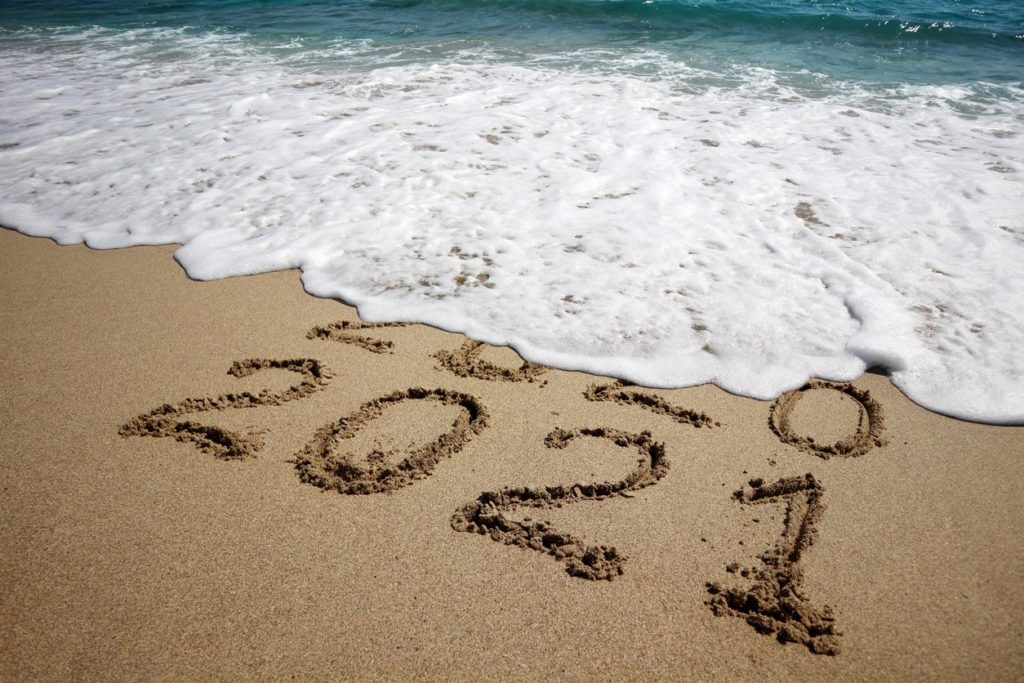 Okay, mothers of the world. What’s it going to be this January? Are you going to set big pie-in-the-sky goals/resolutions/whatever you want to call them, or are you going to simply try a little harder to do/be a little better?

I’m still riding the fence on this one. In years past I have created very detailed and lengthy lists/outlines/vision boards with corresponding charts/schedules/spread sheets to facilitate my achievement of all things worthwhile. And while I understand the “science” behind goal setting (write them down, put them up, make them realistic and measurable, etc.), most years I usually just improve a little bit here and there, or at the very least, avoid total failure.

My assessment of my progress may be a little harsh since “success” often comes in small increments and is best measured over time, but it can still be a little discouraging to set many of the same goals year after year. But the more I think about it, what’s so wrong with choosing a few, well-selected goals or behaviors to achieve or master over time and spending a lifetime working on them? When put that way, making the same goals over and over again doesn’t sound so bad, does it?

But it’s those concrete, measurable goals (or should I say projects) like “redecorate and organize the children’s bedrooms” or “lose ten pounds” that often trip me up. It doesn’t help that I am drawn to the “Go Big or Go Home” philosophy with a propensity to aim high and fall hard. It is for this reason that I approach Facebook and Pinterest with extreme caution. With an all-or-nothing personality, the “information age” makes it very difficult for me to set parameters and know when and where to stop. Like an addict, I go totally weak in the presence of too much information and find myself being swallowed whole by pins labeled “Project: Organize Your ENTIRE Life” and diets promising the loss of 7 pounds in 7 days by simply cutting out 7 of my favorite foods. (Shame, shame. I’ve been sucked into both of these in the past few weeks.)

But, little by little, year by year, I get to know myself better and what works (or doesn’t) for me, and the one thing I’ve learned for sure is that I can’t do idea and information overload; I have to stay focused on my own thing. I now firmly believe that some of the best resolutions or goals are the ones that direct what I shouldn’t do with my time and energy. Trying to do a few important things well is often a better predictor of success than trying to do a million and one things not so well. Something I heard on the car radio yesterday suggests this very thing. The talk show host said that only 1 in 11 people follow through with their resolutions by the end of January, and the numbers only go down from there!

So what’s it going to be? You’ll never get anywhere if you don’t dream big, and reaching a really big goal by even 10% is better than having no goal at all, right? But are you setting yourself up for discouragement and failure? Are you choosing goals or resolutions that are realistic and attainable? More importantly, are they goals that are really important to you and your family’s happiness?

Personally, I have a mind to throw out all my usual goals of weight loss, home organization, and time management in favor or some truly revolutionary and life changing goals that might look something like this:

I don’t know; there’s got to be a balance of both types of goals to be sure, but I can’t help but wonder if “Going Big” is actually letting go. I mean, look at that list up there! Now that’s going big! While I’m trying to figure it out (and I’d love to hear your thoughts in the comment section below), you can enjoy this cute little (edited) story titled, “The New Me Has Been Cancelled” written by Afton Day back in the early 80’s. She’s a woman after my own heart:

New Year’s is high on my list of guilt-producing holidays—second only to Mother’s Day . . . On New Year’s I face the glaring reality that, in spite of my optimistic hopes and aspirations, the magic chime of midnight does not automatically transform me from the tired, ineffective person of the old year into the bright, efficient “New Me” I continually resolve to be.

Last year was a case in point.

At 11:30 on New Year’s Eve I observed with some dismay that I had failed to write my New Year’s resolutions. I showed the children where to find the hats and horns, then turned the television to the Times Squares festivities.

With paper and pencil I positioned myself at the kitchen table and wrote determinedly. New Year’s Resolutions, 1980. The lofty ideals flowed freely.

1. I will supply my husband’s wants and needs with a sweet spirit.
2. I will not become distraught with my children.
3. I will lose twenty pounds.

My husband stopped on his way to the refrigerator. In my rush to resolve (it was mandatory that I be finished before midnight, else how would I know what behavior to adopt with the coming of the new year?), I had failed to put punch in the punch bowl and arrange the midnight snacks. I tried to cover my writing with one hand (there is, after all, something so personal about personal commitments), but I was too late.

“Writing your resolutions, huh? Why not save time and just get out the list you made last year?” I was hurt, but undaunted.

4. I will not get behind on my laundry.

My twelve-year-old, having heard the refrigerator door open, came into the kitchen to see what he was missing. He, too, glanced at my list before I could conceal it.

“Making your New Year’s resolutions, right, Mom? I don’t mean to interfere, but aren’t they the same ones you wrote last year?” Bypassing the delicate glass cups I had retrieved from storage for the occasion, he filled a quart jar with punch, grabbed a handful of cookies, and retired to the family room.
The televised excitement was rising to a fever pitch. My list of resolutions secured to the refrigerator door with a magnetic tomato, I went in to celebrate the new year with my family.

Next day, the children went back to school. I got up early to prepare a special breakfast of eggs and pancakes; Jeff devoured a box of Super Sugar Crisp instead. Kim had donned her new designer jeans with a soft pink sweater to scrub the halls for Eighth Grade Clean-up Day. Kerry, who had received two outfits and a pair of shoes for Christmas, announced tearfully that she had nothing to wear. As my blood pressure and vocal volume rose, my gaze fell on the list of resolutions eyeing me primly from the refrigerator door. How could I have made such bold commitments? I must have forgotten that my children were teenagers!

You can guess the rest. I gained five pounds the week I was in charge of the P.T.A. bake sale. The morning after my Psychology final we were washing socks and underwear by hand. It had taken me (only) sixteen days to break all [four] of my [four] resolutions.

Mistakes are only serious, they say, when you make the same one twice. So, if nothing else, I’m learning. It’s 1981, and I have a new list of resolutions under the magnetic tomato. But I know myself better now, and I’ve adapted to my limitations. This year,

1. I will stock the house with piles of sandwiches and gallons of milk and take my daughters to a movie on New Year’s Day.
2. I will forgive my children when they drive me up a wall–and hope they would extend the same courtesy to me.
3. I will not gain twenty pounds.
4. I will take my husband and children on a tour of the house and show them where I keep the washer and dryer, just in case of emergency.

And I’ve added a new one:

5. I will appreciate what little progress I make, despite my shortcomings.

I figure that if I can keep that last one, 1981 will be a very good year indeed.

QUESTION: What do you think? Go big or let go? Or do they mean the same thing?

A Midwest girl, Allyson met a California boy in Japan, and after getting married and living in all three places together, they have spent the better part of the last decade in the Mountain West with their four children, ages 11-21.
After many years of writing and speaking about motherhood for the Power of Moms organization, Allyson now produces The Sisterhood Podcast with long time friend, Tiffany Sowby. Along with creating episodes that focus on empowering and entertaining women, they hold monthly “Service & Sweets” events up and down the Wasatch front where they gather women to serve at a different service organization every month followed by a visit to a local treat shop. (For more information and to get involved, you can find them on Instagram.)
In a parallel universe, Allyson travels the world as a freelance writer and National Geographic photographer. In reality, she tries to squeeze in as many of her favorite things as possible (the great outdoors, photography, biking, cooking, living like a tourist) while trying to keep up with her busy family. Though woefully neglected, you can occasionally catch up with her on her blog, A Day in the Life and on the local daytime TV show, Studio 5.