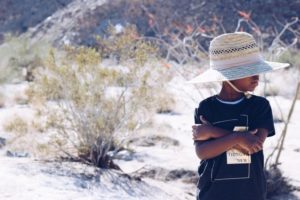 I have the good fortune of being married to a psychologist who has been practicing for the last 20 years. He deals mostly with forensic work—clients that have been through the judiciary system.

Often this involves working with teenagers that have made undesirable choices in their life which have landed them in hot water. Many times, their parents will bring the child in and ask my husband, “How do we fix him?” In these situations, my husband will want to reply that what he really needed to do was fix the parent ten years ago, not the child.

How we parent can have a tremendous influence on how our children behave. That’s not to say that children won’t make poor choices on their own, even with great parenting, but too frequently there is a pattern in place that leads to some of these undesirable behaviors. One of these is a pattern of engaging in a battle of wills with the child. The following are some simple steps parents can take to avoid falling into this parenting trap.

Changing our children’s behaviors usually means changing our own parenting behaviors. With some introspection, a little tweaking and an increase in thoughtfulness we can put a stop to those dreaded battle of wills.

QUESTION: How do you avoid battles of will with your children? Share your stories and ideas in the comments below!

Photo by Samantha Sophia on Unsplash